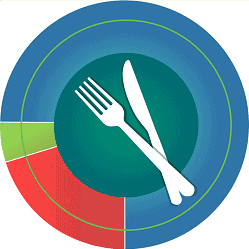 A low carbohydrate high fat ketogenic diet supplies adequate, but not excess protein and low levels of carbohydrate that is naturally found in foods such as non-starchy vegetables, nuts and seeds, and certain fruit. A low carb high fat ketogenic diet enables our bodies to burn our own fat stores quite efficiently for energy, while making the glucose needed by our blood and brain, and using ketone (which our body naturally produces as we sleep) for energy for our cells and organs.

Generally speaking, in a low carb high fat ketogenic diet, the percentage of calories (kcals) from carbohydrate (carbs), protein and fat in a ketogenic diet (called the macronutrient ratio) is as follows;

~20% of calories from protein

5-10% of calories from NET carbs (which is the carbohydrate in food, minus the insoluble fiber found in that food) 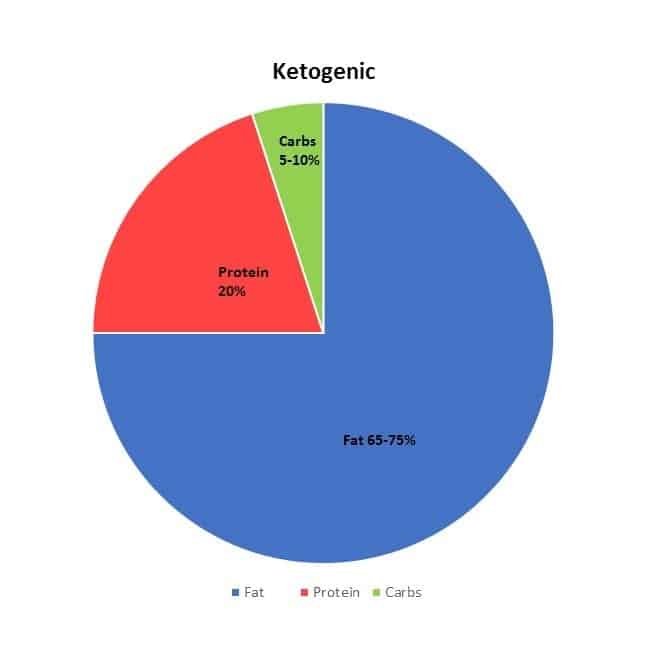 While each person’s energy needs and macronutrient needs are different (based on their age, gender and activity level, as well as any pre-existing medical conditions they may have), most people on ketogenic diets take in 10% or less of their calories from net carbohydrates*, with the amount of fat and protein intake varying from person-to-person within the above range.

* Net carbs are determined by subtracting insoluble fiber contained in food from the carbohydrate content of that food.

By eating low levels of carbohydrate, insulin level falls and glucagon and epinephrine levels in the blood rise.

This causes several things to occur;

A low carb high fat ketogenic diet may appear at first glance to be like the Atkins diet or other low carb high fat diets but the main difference is that in a keto diet, protein is not unlimited. The reason for this is based on the premise that excess protein will be converted into glycogen and have a similar effect on ketosis as eating too many carbs, disrupting ketosis.

Since having too little protein may cause muscle loss, a keto diet is designed to have adequate, but not excess protein.

But why eat a low carb high fat keto diet?

The last 40 years of burgeoning rates of overweight, obesity and Diabetes, provide the motivation. (Please read the next article titled 1977 Dietary Recommendations — forty years on for a summary of those issues).

A low carb high fat keto diet is one low carb approach that is used for clinical reasons, such as to seek to reverse the symptoms of Diabetes by enabling insulin levels to fall, glucagon and epinephrine levels to rise, resulting in the body:

(1) naturally accessing its own fat stores for fuel

(2) manufacturing its own glucose

The human body is designed to use either glucose or fatty acids and ketones as a fuel source. Ketosis is a normal, physiological state where our bodies run almost entirely on fat.

Insulin levels become very low, which has benefit to those who are insulin resistant or Type 2 Diabetic.

As a result, burning of our own body fat stores for energy increases dramatically — which is great for those who want to lose weight, without hunger and a steady supply of energy.

Feel free to send me a note using the Contact Me form, above.

Note: Everyone’s results following a LCHF lifestyle will differ as there is no one-size-fits-all approach and everybody’s nutritional needs and health status are different. If you want to adopt this kind of lifestyle, please discuss it with your doctor, first.

LEGAL NOTICE: The contents of this blog, including text, images and cited statistics as well as all other material contained here (the “content”) are for information purposes only.  The content is not intended to be a substitute for professional advice, medical diagnosis and/or treatment and is not suitable for self-administration without the knowledge of your physician and regular monitoring by your physician. Do not disregard medical advice and always consult your physician with any questions you may have regarding a medical condition or before implementing anything  you have read or heard in our content.